I have been so excited about the Perseid meteor shower as there would be no moon and they sky was supposed to be very clear for the peak days of the shower Wed-Fri.  I decided to take my nephew for a little overnight backpacking trip 8/13-8/14 on a fairly easy section of the AT (as this is only the 2nd time he would be carrying his pack).  We got permission from the Hamburg Borough Office to leave my car overnight at the Hamburg Reservoir and set out on our adventure. 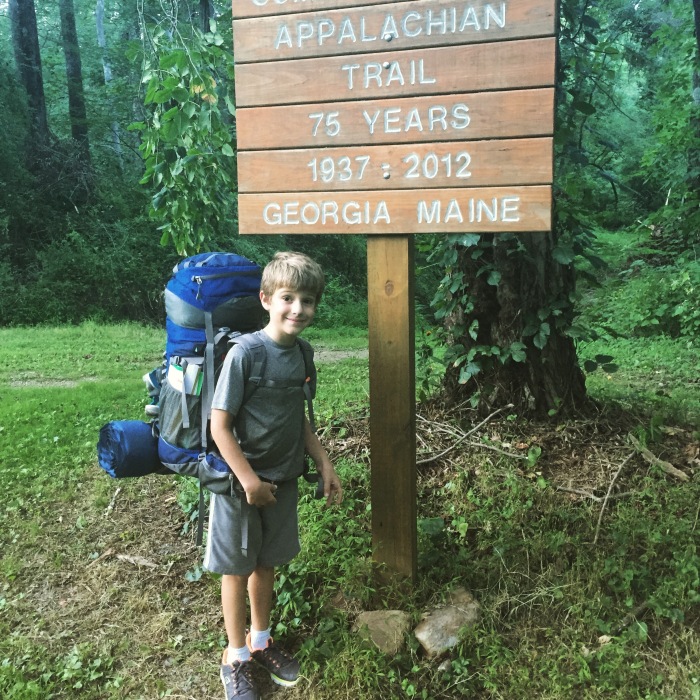 I knew it was only about a mile and a half to hike to the Windsor Furnace AT shelter and it was fairly flat, but I hadn’t been there in a while so I wasn’t sure what to expect.

After a pleasant hike to the shelter we both set our packs down and took JoJo’s pack off and looked up.  This was our view of the sky: 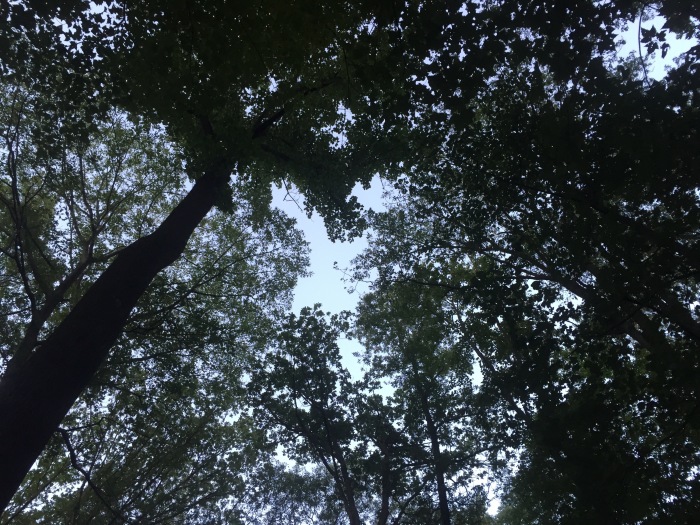 Hmm…not exactly what I was expecting….WAY to many trees to see the sky!  This defeated the whole point of the trip!  We decided to hike up a blue blazed trail to see where that would take us and we ended up back on reservoir road.  It was starting to get dark as we got a late start and where we ended up was a bit of a clearing, but not much-and a TON of biting bugs- not fun.

We hiked back down to the shelter and talked about our options.  I explained to him that we can come back and camp here anytime, but I really thought it would be cool to see the meteors and he agreed.  So I called up Kevin’s parents- we actually had cell service there!  They agreed to let us come and camp on their property- their house in out in the woods and only a few houses on their street so I knew we would have a great view!

We gathered all our stuff and started hiking back to the car as the light was fading. 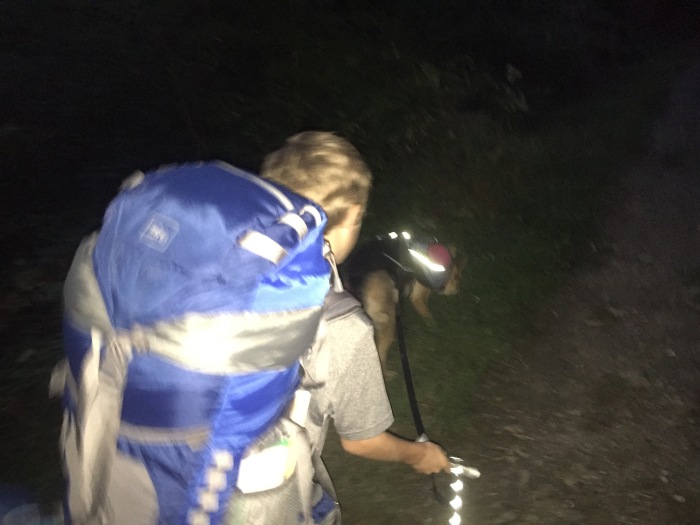 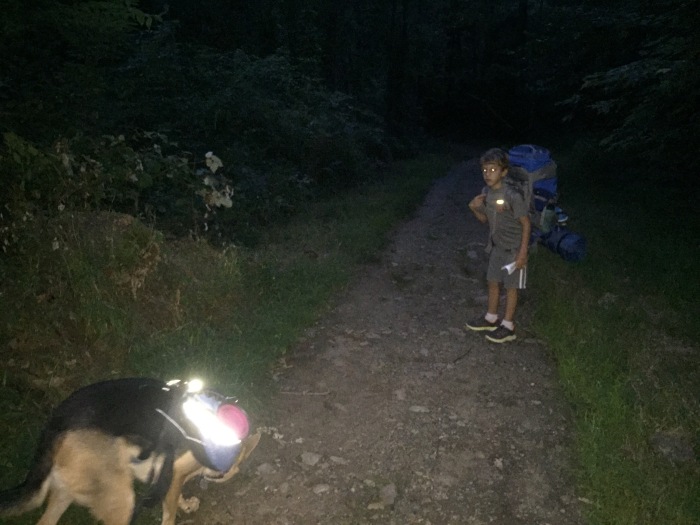 We saw a cool little toad along the way!

We made it back to the car and started to drive.  It was about 10:00 PM by the time we got there.  We set up the tent and then laid out the rain fly in the grass and put a mat down for our heads.  We were able to sprawl out and watch the show!  It was awesome!  We saw a bunch of meteors and a fireball or two.  It honestly was the coolest thing!  We stayed awake til about 11:30 and before I fell asleep I set my alarm for 2:30 AM so we could see more- as that was supposed to be the peak time.

When the alarm went off I woke my nephew back up (he can sleep through anything) and we got to see a few more- we probably stayed awake until 4:30 AM just watching them all!  It was amazing! 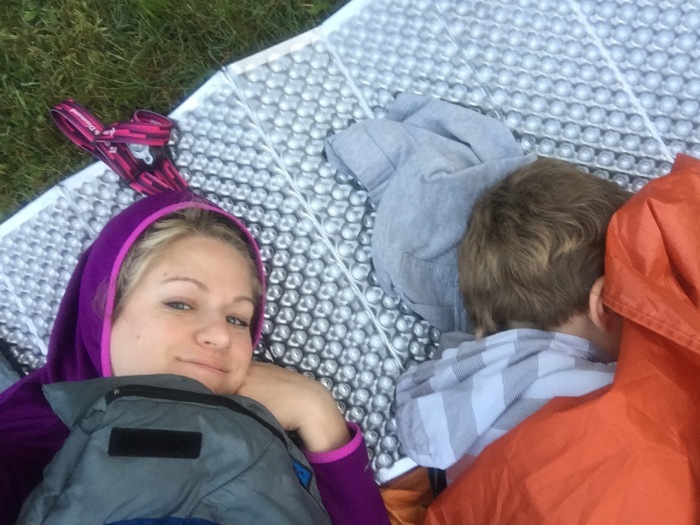 Cowboy camping under the stars! 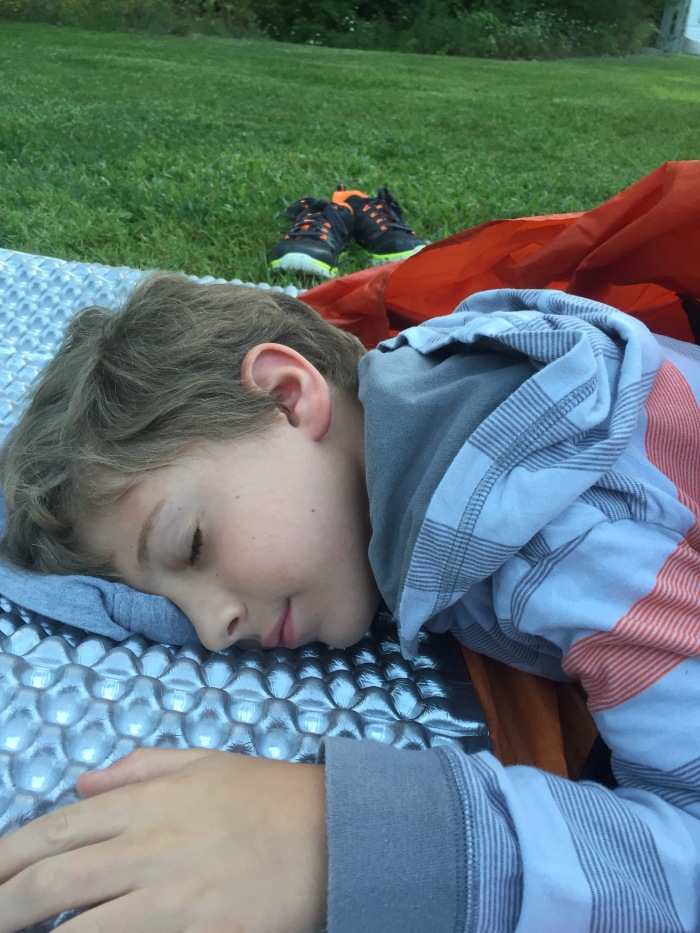 Even though we didn’t get to go backpacking technically, we still got to camp- I explained that when you sleep under the stars outside of a tent it is called cowboy camping and he got a kick out of that!  🙂