It was almost a year ago that I spent my lunch break at work huddled over my computer trying to get a spot in the Dopey Challenge at Disney World.  These races usually sell out very fast – and 2018 was no exception because it was the anniversary of the 25th Marathon and the 5th Dopey Challenge – this meant the medals would be extra cool.

Kevin dropped me off in the parking lot at Epcot around 4 AM and I followed the sea of people in the 32* weather towards the start.  As I walked it hit me that this challenge was finally here and I was going to attempt to run 48.6 miles in 4 consecutive days with very little training due to my heel injury.  I felt very confident I could complete the 5K and 10K – and pretty sure I could do the half marathon – but could I add a full marathon on top of that?!

END_OF_DOCUMENT_TOKEN_TO_BE_REPLACED

This past weekend there were 2 5Ks that I really wanted to do – so I signed up for both!  Luckily one was in the morning in Lititz, PA and the other was in the evening in Philly.

END_OF_DOCUMENT_TOKEN_TO_BE_REPLACED

I was undecided if I was going to participate in this event because I wasn’t sure how I would feel after completing the Peace Valley Duathlon yesterday, but when I woke up I felt pretty good so off I went to sign up!

END_OF_DOCUMENT_TOKEN_TO_BE_REPLACED

The Color Run is advertised as the happiest 5k on the planet – but this morning it seemed like it was also the coldest.  It was a chilly 35 degrees when we arrived to sign in.  There was hardly ANYONE there, which really surprised me because when I did the Color Run in Hershey earlier this year it was so packed they had to have 2 dates.  As the time went on though, more people came, but it still wasn’t near the amount of people as the prior run.

We got our packets, put our crisp new white t-shirts on, and got in line.  We were pretty close to the front so we were one of the 1st waves to go. 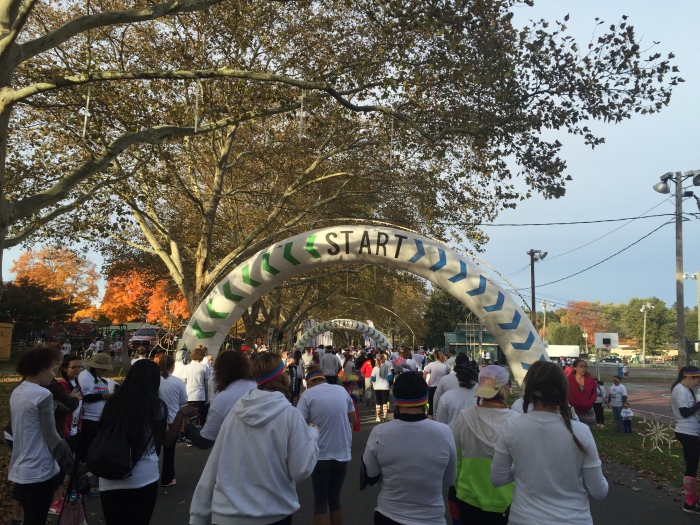 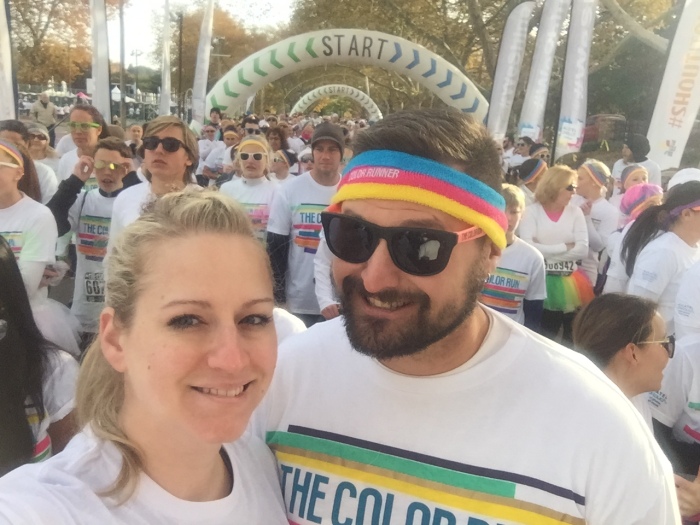