Kevin’s parents invite us to camp with them at Raystown Lake every year so I had the pleasure of joining them there the past few days.

They take their camper, but we always set up a tent somewhere- the campsites are pretty big and we always get one right next to the lake. 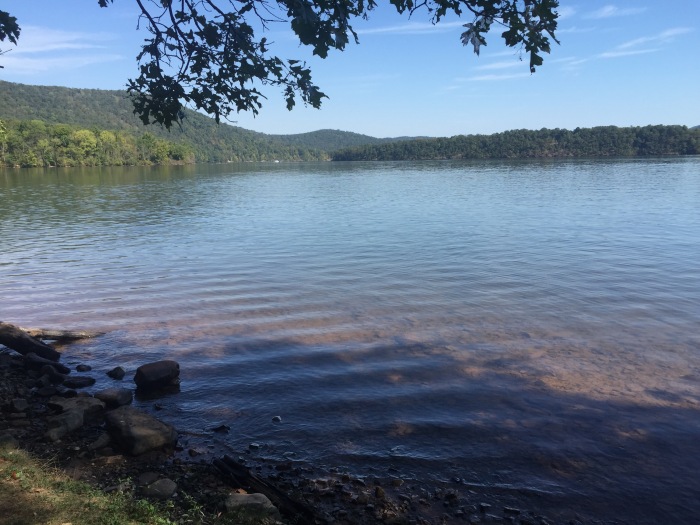 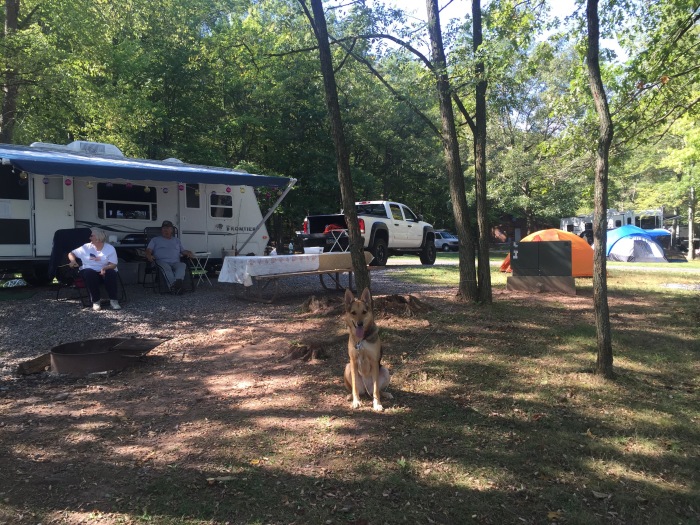 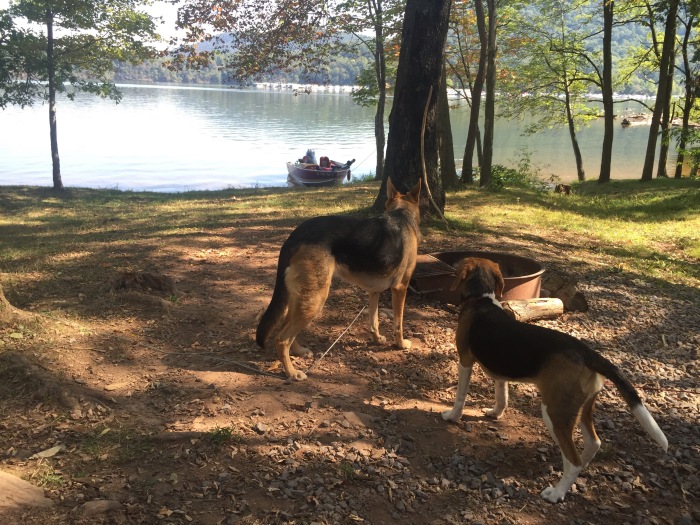 I brought my new hammock (Moskito Kakoon hammock- it was only $40 at REI) along to try out- it is pretty comfy even if the edges do flop in and lay on my forehead sometimes- I set it up right by the water and it is so relaxing listening to the waves hitting the shore from the boats that go by. 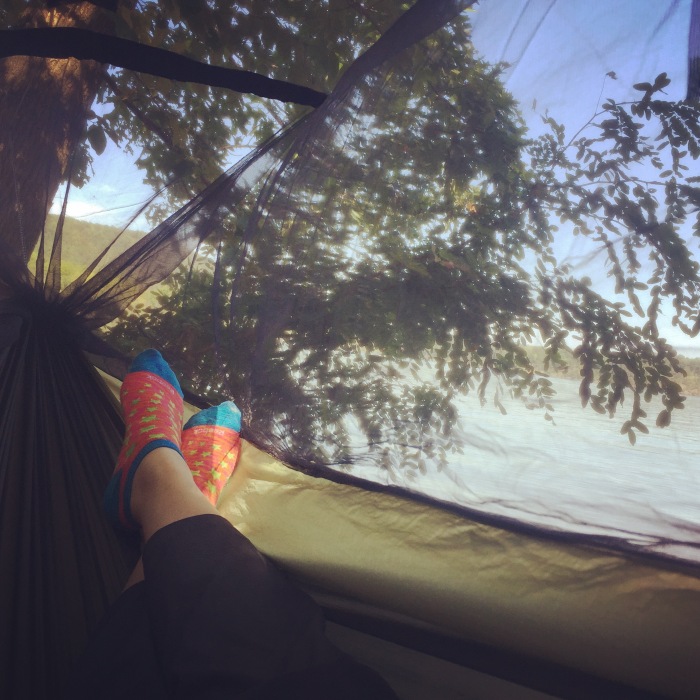 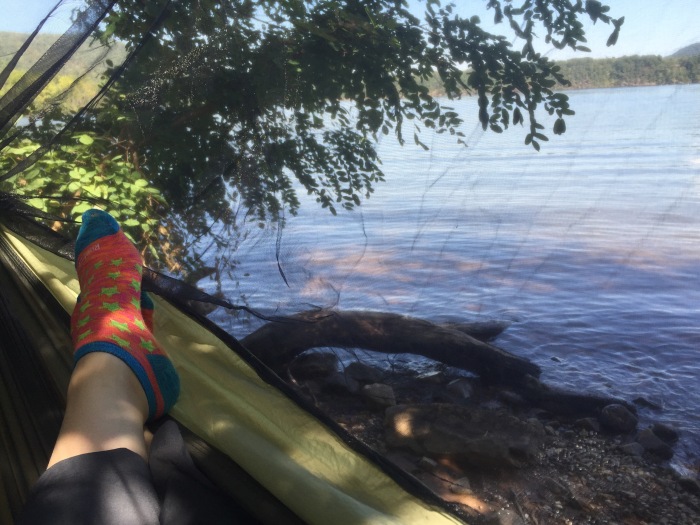 The hammock is pretty decent- I don’t know that I could sleep the whole night in it- I think hammock camping takes some getting used to- it is definitely something I want to try out, but not when I have JoJo with me.

As you can see this has an attached bug net which is awesome- it just zippers right to the actual hammock.  It comes with a rope to hang it from the trees which works fine, but it can leave notches in the tree bark so I want to switch that out to something else soon.  It also has a small pocket on either side sewn into the mesh, but it really sags when I put anything in it- could be user error due to set up as I am still learning!

It is always interesting to me to see all the different ways people camp- from just having the basic equipment such as a tent to giant campers that fold out- and everything in between!!  Last year there was a guy that even brought a TV projector and a HUGE screen- I mean it blocked most of his view of the lake.  He had all kinds of gadgets to turn his campsite into an outdoor living room- but hey- everyone has their own idea of fun so go for it! 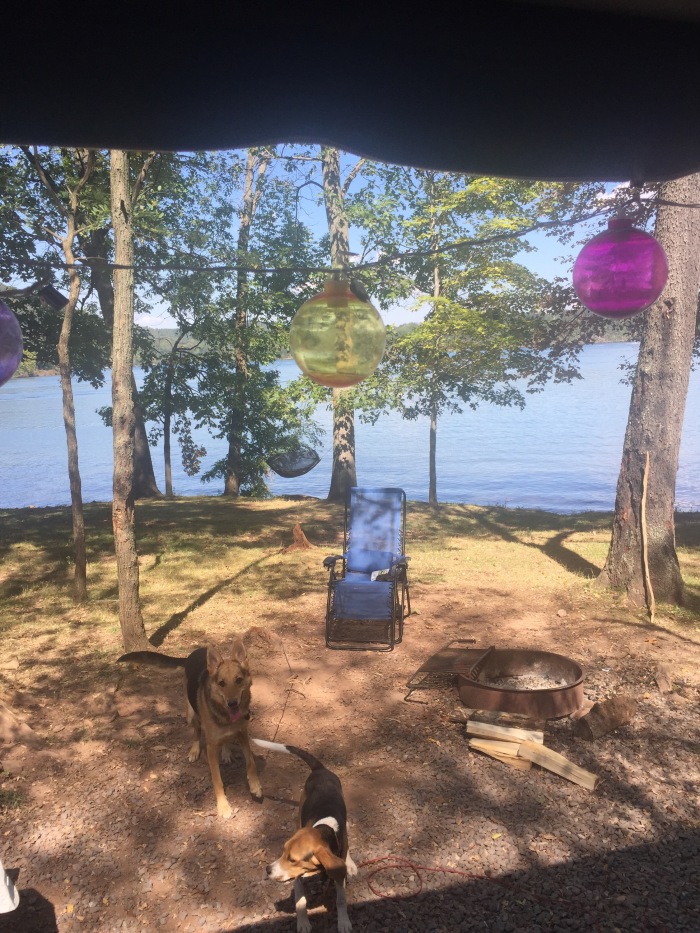 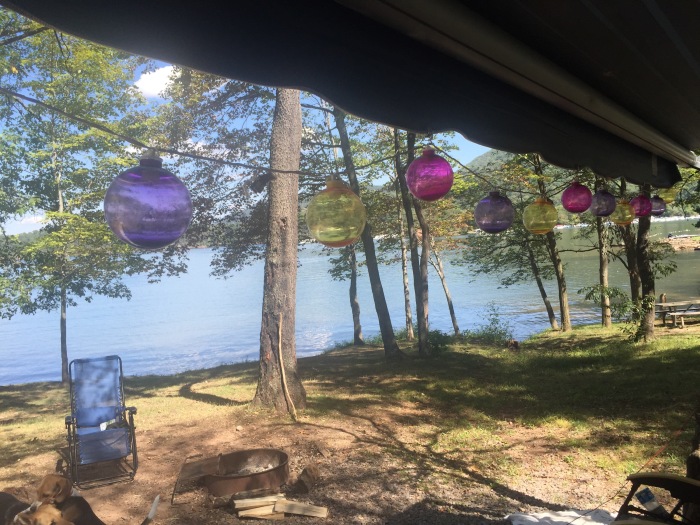 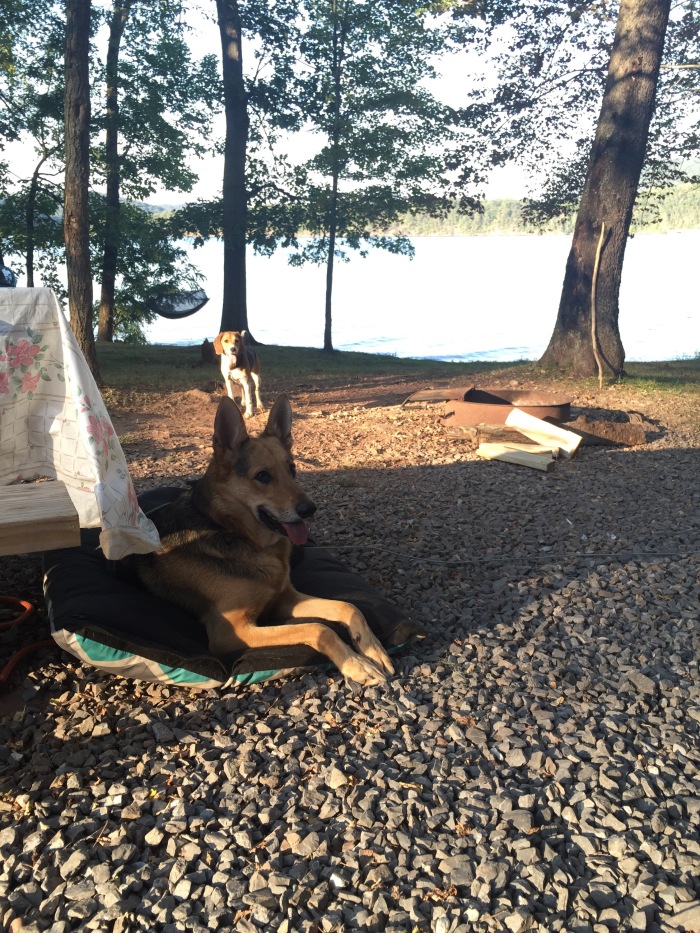 Raystown Lake is very dog friendly- and there are more dogs here than ever it seems!  We have JoJo and Bella (Kevin’s parent’s adorable beagle puppy) – the people to our right have 3 dogs and the people to our left have a golden that make the funniest noises when it sees someone it knows!  I just wish they had a fenced in area where they could run around and play- Jo gets frustrated being chained up and when she plays w Bella the chains get all tangled so we have to keep helping them out- haha!  I usually let Jo swim in the lake, but I’m not sure it’s gonna happen this year due to all the other dogs around- I trust her 100% but I do not trust other dogs- I would just hate for something to happen that could have been avoided, but we will see! 🙂

So for now here’s some pictures from the other years of her swimming with her favorite orange ball: 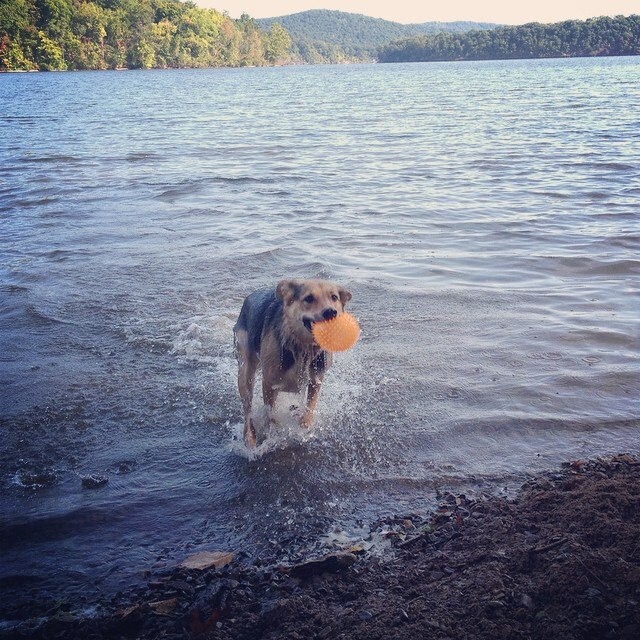 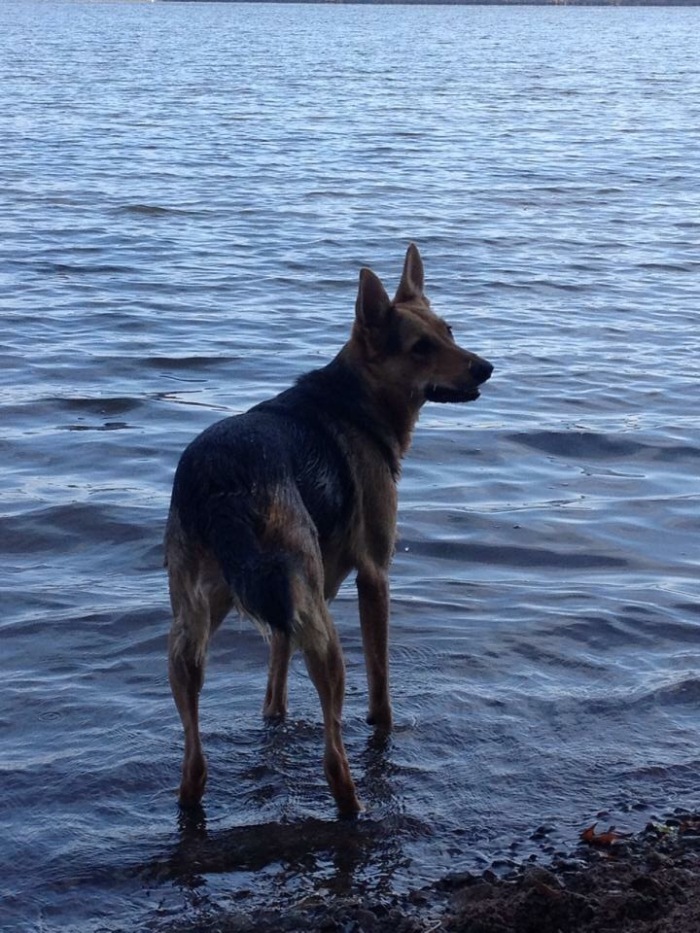 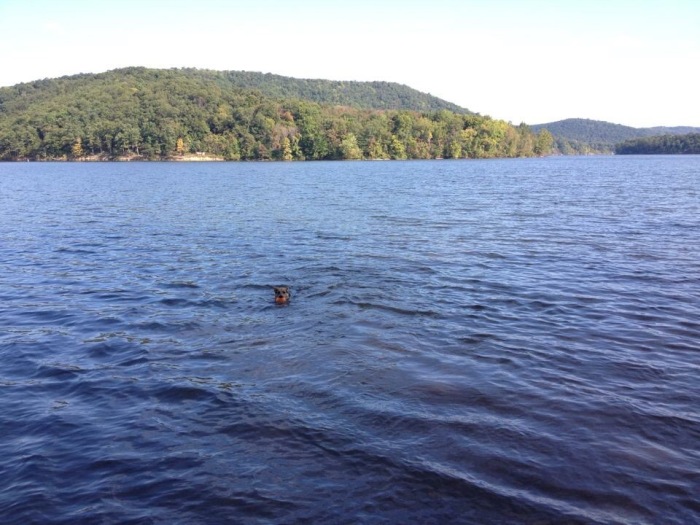 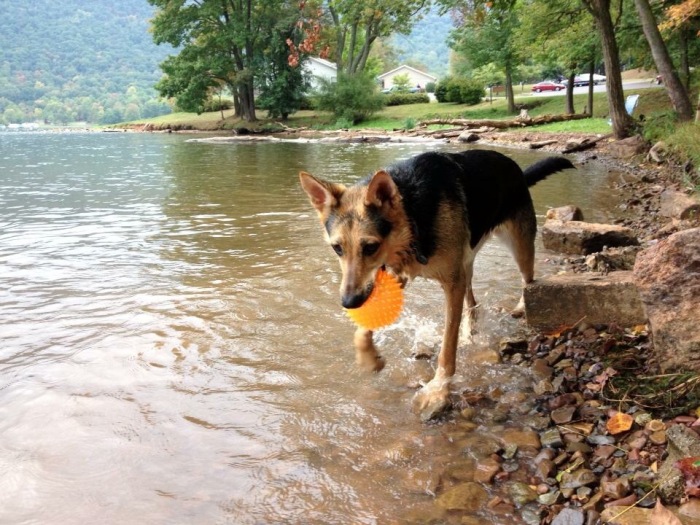