They were calling for rain again so we headed out as early as we could.  Again we put ourselves within about an hours drive of Charles Mound, the highest point in Illinois so we could snag it first thing in the morning and then continue our drive home.  I was expecting there to be a lot of people there as well as this highpoint is on private property and only open a handful of days during the year.

I typed in 688 West Charles Mound Rd, Scales Mound, IL and my GPS took us right to the gate.  It was closed with a chain around it, but there were signs directing us to park and continue on foot.  My dad parked off the road as far as possible and as we were putting on our hiking shoes a truck pulled up and a man inside warned us to be careful because where we parked there was a big drop off that was hidden in the tall grass.  He also stated it looked like it was gonna be a busy day – it was around 8AM or so and there were already a few cars parked besides ours.  The man in the truck turned and drove down the lane next to the gate for the highpoint so we are assuming it was Mr Wuebbel who owns the property but he didn’t introduce himself so I am not sure. 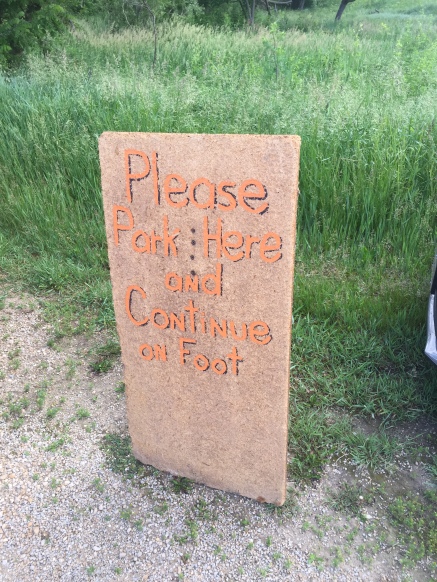 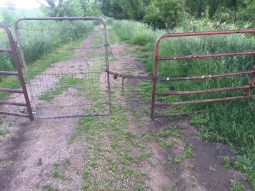 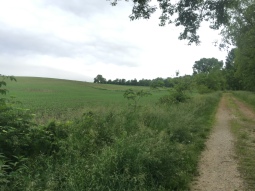 We climbed over the chain holding the gate closed and began our hike.  It was a little over a mile with a gentile grade up to the top.  The rain held off, but unfortunately it was pretty humid and extremely buggy – they really liked my dad’s hat for some reason.  I counted 5 people on their way down – including the 2 we met the day before while at Hawkeye Point.  We stopped and chatted with them for quite a while – it’s always great to meet fellow friendly highpointers!  🙂

When we got to the summit we couldn’t believe we had the entire place to ourselves!  I was so happy I was able to snap a few pictures with no one around.  I signed the register and my dad and I admired the view for a bit.  My dad remarked that the owners were lucky to have such a nice view and I completely agree! 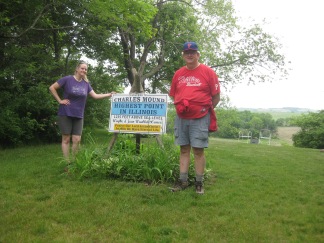 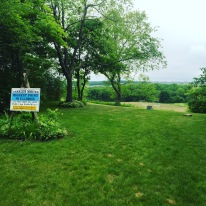 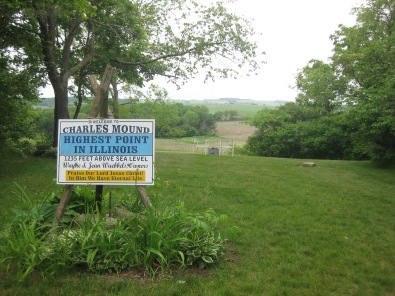 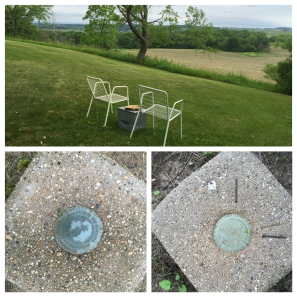 At the summit there are a few chairs to sit and admire the view, a register to sign, and 2 USGS markers – I am not sure why there are 2, but after doing a quick internet search it seems there might actually even be a 3rd somewhere.  There is also a private property sign right past the sign for Charles Mound so please be respectful and don’t walk up to their house (which you can see just down the lane from the summit).  Also the family makes NO exceptions to the dates that they let people hike to the top so please don’t call them and ask.

After snapping a few pictures my dad was over the bugs so he started to hike down while I – snapped a bunch more pictures while I still had the summit to myself!  🙂  I eventually decided I better catch up to my dad because we had a long drive back to PA.  I counted 25 people on the way to the summit on the short hike back to the car.  We were so lucky to be able to enjoy the view with no one else around – if we would have been even a 1/2 hour later it would have been a different story!

Here is a video of our hike to the summit – Happy Trails!  🙂