Kevin and I got up early to pack the final things we would need for our trip and put them in the truck.  We gave Willow (my cat) her insulin shot and set out for Stowe, VT to try to hike Mt Mansfield before they closed the toll road at 5- I knew we would be cutting it close and my heart sunk when I punched the address into the GPS and saw the estimated arrival time was 3:30- that was over an hour what my phone GPS said!! “We’re not gonna make it” I said – it takes approx 20 mins to drive up the toll road – plus let’s say 2 hrs to hike and enjoy the views and then 20 mins to drive back down- the website says all cars must start driving down by 4:45 at the latest because the gate closes at 5.  This did not give us enough time.  Kevin said his GPS the time always goes down as he drives.  We figured we would give it a try and see if we made it- I wanted to be there by 2 to be safe but knew that just wasn’t possible.  On the long drive I started looking for options for plan B.

We ended up getting to the auto toll rd at 2:30- according to other websites we should have had plenty of time to hike to the summit and back before the road closed at 5 but the ranger told me we would never make it so we decided to skip the drive to the top and go rent bikes and cycle the Stowe Recreational Trail instead.

There was a bike rental shop basically at the base of the mountain so we stopped there.  The guy was trying to put me on a small frame bike at first- I’m 5’9″ so there was no way this was gonna work- the seat didn’t go up high enough- LOL!  We finally found bikes and started down the trail- we turned right to make sure we biked the entire path- plus there were horses that way so naturally I had to check them out!  It was only .5 miles to the end of the trail from the bike shop so after we reached the actual trail head we turned around and continued the other way into Stowe.  The trail meandered over bridges and through the woods with tons of places to stop along the way.  There was a great view of Mt Mansfield from the trail so I had to stop and get a pic with my rental bike. There were a bunch of restaurants along the trail as well.  The entire length of the trail is 5.5 miles one way making it 11 miles round trip.  The rental place asked us if we would be more than 3 hours and I said no.  He told me there were options if we would be and I thought it can’t take that long to cycle 11 miles!  Well as it turns out the bike had approximately 8 gears and our tires were flat so yes it did take longer than we thought – LOL!  It took us about an hour and a half to bike the trail with stopping for pics along the way.  What a difference riding the rental bikes – I felt like I was riding my old bike again!  We decided when we come back we are bringing our own bikes.  ANYWAY the trail was pretty awesome with some weird art along the way such as a bunch of giant ear sculptures sticking out of the ground.  There were 2 people yelling into them:

“HELLO!” said person 1 while person 2 held their ear to another giant ear.

“I can hear you!!” yelled person 2 into their ear.

Well it turns out we could all hear them…because they were yelling.  LOL! 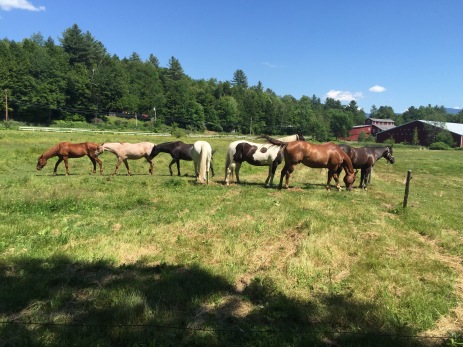 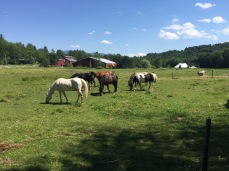 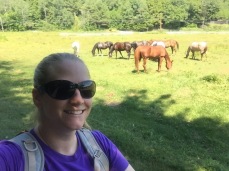 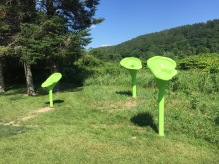 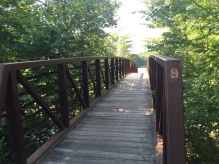 We checked into the Trapp Family Lodge and then  went out for some dinner and a tour of the Ben & Jerry’s Factory- I was excited to FINALLY get to try one of their vegan flavors- it was delicious!!!! 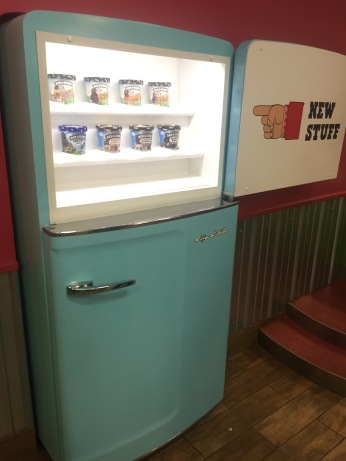 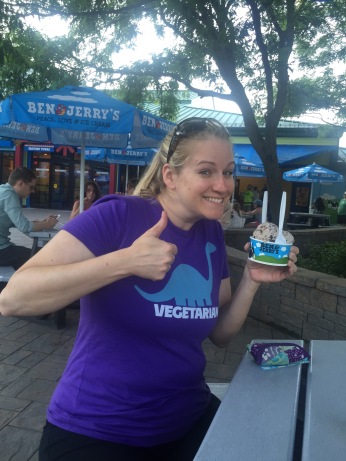 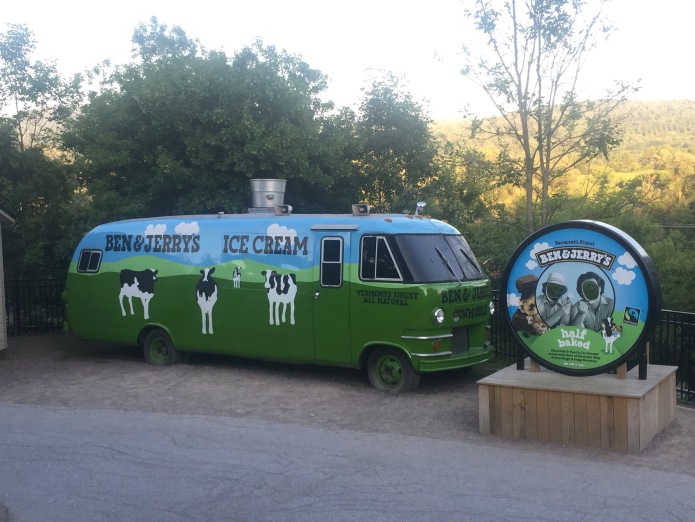 The Trapp Family Lodge was amazing – you know the Trapp family – as in the von Trapps – as in the Sound of Music!!  I didn’t know but the family ended up settling in Vermont and opened a lodge that is still there today.  It was beautiful and had a ton of character.  I wish we would have had more time to stay there and explore but we had to leave early the next day for the next part of our trip – MAINE!  🙂 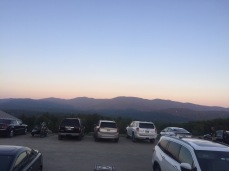 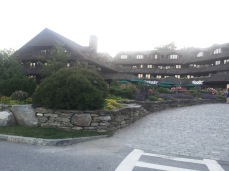 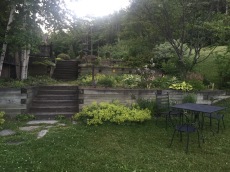 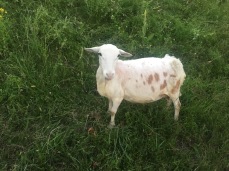 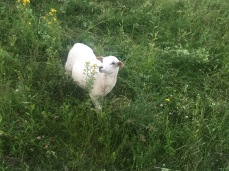 Well I can’t say I’m upset about having to go back to snag Mt Mansfield – I really love the area and there is plenty more to explore when I go back.  3rd time’s a charm right??  🙂